Hartford was one of the first times I spent just a weekend in a different city.

Since then, I’ve spent weekends in countless other American places: San Antonio (post to come), Charleston, Oklahoma City and more. This weekend, even, I’ll be flying to St. Louis. Hartford set off a chain of events in my life where I realized that traveling in the US was just as enchanting as traveling abroad.

For the past 24 hours I was able to spend time in Hartford, Connecticut. This was an impromptu plan – I found cheap tickets – but I quickly realized it was well worth my time as I plan on teaching Mark Twain’s novels to my students this year, so seeing the famous Mark Twain House was high on my priority list.

However, it doesn’t take 24 hours to book a Mark Twain House tour, so I ended up spontaneously exploring Hartford and finding things I absolutely loved. I’d like to share what I did for those 24 hours in the hopes that anyone reading will find this helpful if they’re planning a trip to Hartford.

Of course, my first stop was the Mark Twain House. Tickets were $20 for a tour and there is also a small exhibit and a small theatre showing a documentary nearby that you can enjoy while you wait for your tour to start. There were actually two options: the regular tour, which I went with, was $20, but they also had a “living history” tour that was $30. From what I could see, it consisted of people dressing up and making history come alive. I think that would be a really cool experience for any history buffs!

Unfortunately, they don’t let you take pictures inside, but the house was absolutely gorgeous. The tour guide did an excellent job explaining as much of Mark Twain’s life as she could in the hour we had with her. The house consisted of four floors, although the basement was blocked off, and I was probably most taken with the library (which had a fountain – a fountain!) and the drawing room.

On the same street, and only about a minute walk away, is the Harriet Beecher Stowe House. All of the tours were already booked when I stopped by, so if you want to book a tour, be sure to do so in advance. The house and center close at 5p, like the Mark Twain House. I actually wrote a long post about Harriet Beecher Stowe on my instagram that you can find here.

Next I went to Bushnell Park, which was a living personification of joy. This park is full of history that you can read about here but on that day, it felt as modern and alive as all of the people exploring it. The weather was beautiful, it had a beautiful view of the Capitol and also boasts a carousel. I spent a good amount of time here just soaking up the sun and reading on one of the many benches.

After spending some time relaxing in the park, I decided to go into the Capitol Building. At first, I was intimidated about where to go because the doors you see in that picture don’t open (and I also found a door with no handle on the outside at all…) but I persevered and found the entrance on the side of the building.

I am so glad that I decided to go into the Capitol. It was beautiful and full of history, not to mention the governor of Connecticut was there in his office with his door wide open! The interior of the Capitol was as stunning as its exterior and there were multiple statues that had been brought or erected in honor of Connecticut’s long history. Unlike Florida, Connecticut was one of the first thirteen colonies of the US and boasts a proud history, especially of their stance during the Civil War.

There were five floors for me to explore and I was even able to see inside the House of Representatives. If you want to book a tour, you can, but I chose to go the self-tour route. If you decide on this option, there are pamphlets at the front that you can take with you to help guide you through the massive structure. I honestly think that this is a great experience – and I’m not just saying that because I’m teaching American History this year!

My last stop was probably my favorite: the Elizabeth Park Conservatory. This was probably the closest to the Garden of Eden that I’ve ever seen. I spent hours here. There was a dahlia garden, a rose garden, an herb garden, a wild flower garden (as seen above) and more. There was an old brick made from stone where I was able to cross into a more forest-like area with a stream bubbling through. This place was absolutely enchanting and in the 68 F weather (which is maybe what I would get during winter in Orlando), everything felt perfect.

There was also an adorable cafe where you can get ice cream, a coffee, food – even wine! – but it was unfortunately closed because I was there on a Monday. I didn’t mind, though. I was just there for the flowers.

Probably my favorite part was all of the bees and butterflies that were flying around and enjoying the flowers for themselves. When I was there, I felt inhuman, like a creature of the forest and these bees and butterflies were my neighbors. For a few hours, it felt like I wasn’t on earth, but on some celestial plane where absolutely everything is at peace.

And thus ends my 24 hours in Hartford. There are many other things to do in Hartford, of course, but these were the activities that I chose to do. Should you ever get the chance, I hope that you go and experience this beautiful city for yourself. 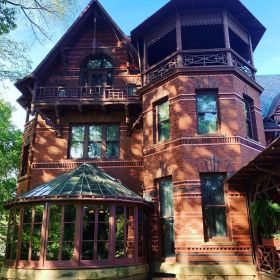 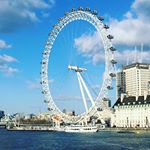